On October 24th, the UthMpact Class II participated in Human Services Leadership Day at Parker Street Ministries. The group of 32 UthMpact leaders from 16 different high schools in Polk County got down and dirty laying sod at Florida Baptist Children’s Home. After clean up, it was off to spend some quality time with elderly folks, and help out teachers and students by creating 100 make-and-take learning centers and activities including exercises in telling time, bead counting, and multiplication facts. Special thanks to Andrea Hagan and Amanda Schell for chairing this special day.


The new youth leaders will travel throughout the country once a month until April 2013 to participate in community service activities and meet with community leaders to discuss challenges faced in the community and suggest proactive solutions. Look for UthMpact showing their Christmas Spirit in the Lakeland Christmas Parade on December 6th!
Posted by InnerAct Alliance at 10:06 AM No comments: 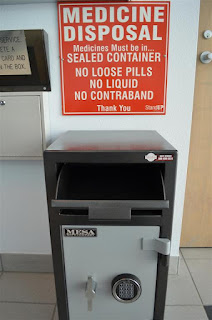 StandUP Polk and the partners in the Coalition for a Drug Free Polk remind you that unwanted medications may be dropped off year-round at Polk County’s NEW PERMANENT DROP SITES located at:

Posted by InnerAct Alliance at 10:02 AM No comments: 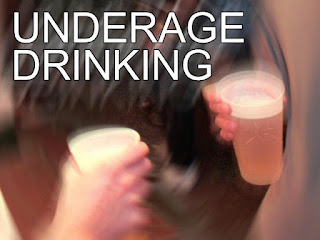 Although there’s been some progress in reducing underage drinking among young people age 17 and younger, a new report issued last month by the Substance Abuse and Mental Health Services Administration (SAMHSA) shows that the rates are still unacceptably high.


The study, which used combined data from SAMHSA’s 2008-2010 National Survey on Drug Use and Health (NSDUH), reported that 26.2 percent of 12-20 year olds surveyed admitted drinking in the month before the survey, and 8.7 percent said they purchased their own alcohol last time they drank.


“Underage drinking should not be a normal part of growing up. It’s serious and persistent public health problem that puts our young people and our communities in danger,” said SAMHSA Administrator Pamela S. Hyde. “Even though drinking is often glamorized, the truth is that underage drinking can lead to poor academic performance, sexual assault, injury, and even death.”

All 50 states and the District of Columbia currently have laws prohibiting the purchase and use of alcoholic beverages by anyone under age 21.

The NSDUH Report provides a very interesting state-by-state breakdown of drinking among 12-20 year olds. The highest rate of underage drinking in the past month was in Vermont (37.0 percent), and lowest in Utah (14.3 percent).

This report shows how important it is that prevention of underage drinking and substance abuse remain in the forefront of our top strategic initiatives! To read the full survey and report, visit the SAMHSA website at: http://www.samhsa.gov/data/2k12/NSDUH111/SR111StateEstUnderageAlc2012.htm

Posted by InnerAct Alliance at 10:00 AM No comments: 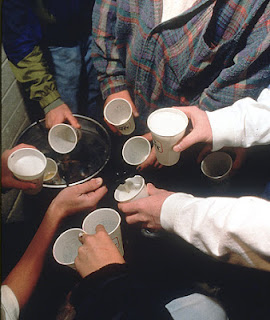 Getting together for a few drinks with friends before heading out on the town has become increasingly popular among young people. Pre-partying is a pretty common occurrence on most college campuses where teens drink before heading out to the main party or social event of the night. It’s estimated that nearly half of the drinking that takes place in a single night happens at pre-parties.


A new study conducted by Swiss researchers and published in the November 2012 journal Alcoholism: Clinical and Experimental Research, shows that young people who drink before they go out to another more formal setting, tend to drink twice as much, which doubles the odds of experiencing serious unintended consequences.

A researcher at Addiction Switzerland and corresponding author of the study, Florian Labhart, warns that pre-drinking is often the start of the problem for those who drink before they go out, “Pre-drinking is likely to lead people to cumulate two normal drinking occasions – one off-premise followed by one on-premise – and generally results in excessive alcohol consumption.”

For the study, scientists monitored the drinking habits of 183 young adults (97 women and 86 men), all about 23 years old, from three colleges or universities in Switzerland. They found that pre-drinkers tend to drink faster and consume more, which increases blood alcohol levels and leads to a greater risk of drinking related problems.

Results of the study showed that pre-drinking led to specific risky outcomes including:

• Unplanned substance use: reported by 21 percent of men, 12 percent of women

• Unintended or unprotected sex: reported by 8 percent of men, 5 percent of women

• Injury of self or others: reported by 6 percent of men, 3 percent of women

Pre-drinking is also common among underage drinkers in the United States because of the higher legal drinking age. According to a report by the U.S. Department of Education, teens who pre-drink tend to drink more and in larger quantities before they go to a club or bar because they consider it a safe way to get buzzed in a familiar environment, the cost is lower, and because they cannot legally buy alcohol in those establishments.

Researchers recommend that partygoers become more conscious of their drinking habits, keep track of the number of drinks they’ve had, and avoid drinking games or chugging contests to help reduce the chances of serious negative outcomes. The findings of this and other studies on pre-partying point to the need for educational programs and developing prevention methods in the community and on college campuses to help reduce risky behavior of over-drinking.


Posted by InnerAct Alliance at 9:58 AM No comments:

It’s the Season for Holiday Parties...not for Underage Drinking! 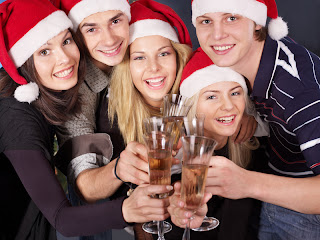 It’s holiday time with families and friends gathering together to share delicious food, desserts, and toast in the New Year. Unfortunately for many people, alcohol consumption has become synonymous with holiday celebration – teens included.


Following the lead of influential adults, many young people are tempted, or even encouraged to celebrate with alcoholic drinks. According to “Students Against Drunk Driving” (SADD), a longstanding myth is that allowing teens to drink at home will make it less likely that they will drink elsewhere. In truth, more than half of high school teens who report their parents allow them to drink at home, even just to celebrate a special occasion, say they also drink with their friends. Data from the Substance Abuse and Mental Health Services Administration shows has shown that fifty-two percent of 15-year-olds say they either drink at home or at a friend’s house. However, only 31 percent of parents of 15/16-year-olds believe their child had a drink in the past year.

InnerAct Alliance and StandUP Polk, our partners in the Coalition for a Drug Free Polk, would like to wish you a safe and happy holiday, along with a reminder that it’s more important than ever to remain involved and communicate with your teen about the dangerous risk of alcohol and drugs use. Remember YOU are still the number one influence in your children’s lives. Let them know that even though adults may be drinking alcohol at holiday parties, under no circumstances are they allowed to drink. If your child is going to a holiday event, call ahead to make sure that the event will be alcohol and drug free. Keep the holiday season merry and bright by giving your children the gift of positive influence and communication!


Posted by InnerAct Alliance at 9:55 AM No comments: