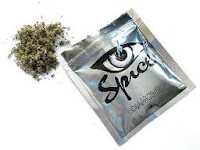 The popular herbal incense drug known as Spice, K2, Blaze and Red X Dawn that mimics the effects of marijuana and has become increasingly popular with teens in Florida won't be legal for much longer.

On November 24, 2010, the U.S. Drug Enforcement Administration enacted an emergency ban on five chemicals (JWH-018, JWH-073, JWH-200, CP-47,497, and cannabicyclohexanol) used to make "fake pot" products. This action will make possessing and selling the chemicals or products that contain them illegal in the U.S. for at least a year, while further studies are done.

Until the ban, the drug-laced incense was easy to find at gas stations, convenience stores, smoke shops, and over the Internet. Many people have been led to believe that "fake pot" is a safe and harmless alternative to marijuana, but it is actually more potent and dangerous. Synthetic marijuana is a plant material that has been coated with chemicals that mimic THC, the active ingredient in marijuana. The chemicals used have not been approved by the FDA for human consumptions and there is no oversight on the manufacturing process.

Most victims with complications from smoking this drug suffer racing heartbeat, elevated blood pressure, paranoia, nausea and vomiting. The explosion in reports about bad reactions to synthetic marijuana from poison control centers, hospitals, and law enforcement over the past year prompted federal officials to take action. For our children's health and safety, the ban of these harmful products couldn't have come soon enough!
Posted by InnerAct Alliance at 8:09 AM No comments: 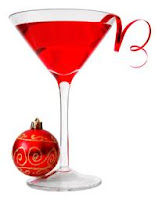 Happy Holidays from the board and staff at
InnerAct Alliance!
Along with the good wishes comes a reminder for parents to be aware of the potential mixed messages to impressionable teens and young children that may result during holiday revelry. Children tend to see things in black and white, particularly when it comes to justifying personal behaviors. They may think "if adults drink to celebrate the holidays, why shouldn't I?"

Let your child see that there are healthier ways to celebrate and entertain with alcohol-free beverages and plenty of food. YOU are important role models for your children, even those who are fast becoming teenagers. Be consistent in your attitudes, behaviors and messages about alcohol and teen during the holidays and into the New Year!
Posted by InnerAct Alliance at 8:01 AM No comments: