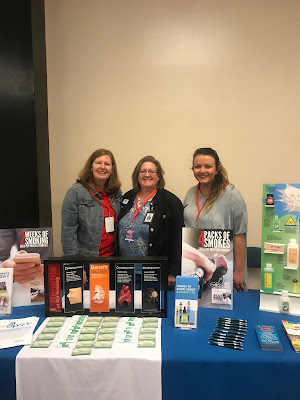 InnerAct Alliance representatives Donna Swygert (left), Oliva May (right), and Mike Flora (not pictured) joined Juli Davis of Tobacco Free Florida (middle), a major sponsor for the Lakeland Pro Rodeo held on the weekend of January 26-27, 2018, to educate the community about the dangers of tobacco use including dipping, chewing and cigarette smoking.

Posted by InnerAct Alliance at 11:00 AM No comments: 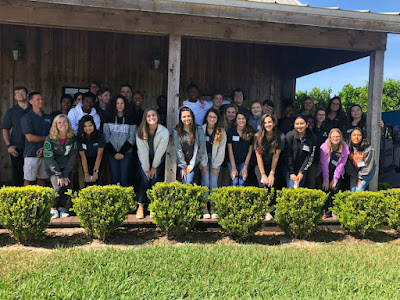 UthMpact Class VII Student Leaders participated in their last Leadership Day with the theme Business with a twist of Agriculture. Students visited the Polk County Farm Bureau, Peace River Packing Company, Florida’s Natural Growers, the HEART program at Warner University, and the Lightsey Cattle Ranch. The students learned that agricultural is a huge business in Polk County and an industry that our citizens rely on greatly!

Posted by InnerAct Alliance at 10:51 AM No comments: 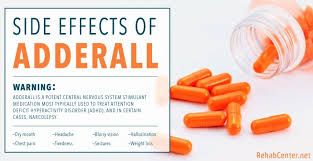 An October 2017 study published in the journal Drug and Alcohol Dependence reports that many American teens who take the attention-deficit/hyperactivity disorder drug Adderall as a “study drug” are unaware it is an amphetamine.

Some high school and college students use stimulants like Adderall because they think it will improve their mental function and school performance. Use of amphetamines like Adderall without a doctor’s order is known as nonmedical use. It can lead to abuse and dependency, as well as harmful medical problems such as seizures, heart problems, and increased drug use.

Researchers studied the responses of more than 24,000 high school seniors who took part in a national survey between 2010-2015. Although 8 percent reported nonmedical amphetamine use and 7 percent reported nonmedical Adderall use in the past year, about 29 percent of nonmedical Adderall users reported no nonmedical amphetamine use.
“Findings suggest that many young people are unaware that Adderall is an amphetamine,” said Joseph Palamar, leader author of the study conducted by the Center for Drug Use and HIV/HCV Research at New York University's Meyers College of Nursing in New York City. “These percentages about prescription stimulant misuse may actually be underestimated. Better drug education is needed to inform the public about common drugs like amphetamines and opioids.”
Adderall is a combination of amphetamine and dextroamphetamine used primarily to treat symptoms of attention-deficit hyperactivity disorder (ADHD). It may also benefit those who suffer from sleep disorders and severe depression. As a central nervous system stimulant, it speeds up and heightens bodily processes. More about the study can be found at: http://www.drugandalcoholdependence.com/article/S0376-8716(17)30527-6/fulltext

Posted by InnerAct Alliance at 10:41 AM No comments: 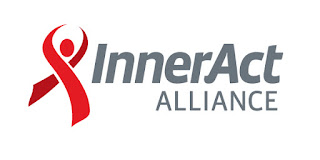 Polk County, FL – InnerAct Alliance, and its coalition partners StandUP Polk and UthMpact, are proud to be chosen by the Lakeland Chamber of Commerce to be highlighted in its Nod to Nonprofits Tour Series for the month of March.

The Nod to Nonprofits event is held monthly to spread awareness about worthwhile local nonprofit organizations that impact our community in positive ways. It will take place on Wednesday, March 21, 2018, at 10:00 am, at the 2018 Project Prom Store, located next to Hollister store at Lakeland Square Mall, 3800 U.S. 98 North, in Lakeland. Participants will have an opportunity to see some of the prom formal wear available free of charge to high school students in need and learn more about InnerAct Alliance’s community programs. Registration and event information can be found at: http://business.lakelandchamber.com/events/details/inneract-alliance-nod-to-nonprofits-tou r-series-8580

InnerAct Alliance, formerly the Drug Prevention Resource Center, is a nonprofit agency established in 1985 to reduce the abuse and underage use of harmful substances along with involvement in other risky behaviors while supporting positive healthy decisions through: Community Awareness and Support; Prevention Education; Economic Support; and Leadership Development. The agency serves the Hardee, Highlands and Polk County communities with prevention services including science-based education programs and awareness events that touch the lives of youth, parents, families, businesses, faith-based organizations, and others in need with an important substance abuse prevention message. The education division is comprised of a dozen professionals who teach in over 60 schools in Polk, Highlands and Hardee Counties.

In addition, the agency organizes one of the largest Red Ribbon Campaigns in the state of Florida, including Polk County’s Red Ribbon Half Marathon, 5K, and Kids Run events in November, to inspire individuals and families to achieve healthy drug-free lifestyle goals and show support for bullying and substance abuse prevention. The Red Ribbon Run, scheduled on November 10, 2018 at Lake Mirror, is a popular family participation event that brings together half marathon and 5K runners, over 1,500 kids run participants, volunteers, and local business partners, sponsors, and spectators. InnerAct Alliance also serves as the fiscal agent for the StandUP Polk (adult-based) and UthMpact (youth-based) Coalitions for a Drug-Free Polk, collaborations which lead community efforts to reduce underage use of alcohol, tobacco and other drugs. StandUP Polk and UthMpact partner in events like Project Prom and the Annual Prevention Summit year-round.

Posted by InnerAct Alliance at 7:44 AM No comments: